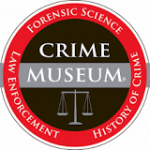 Since 2008, the Crime Museum has been an educational resource on law enforcement, crime history, and forensic science, and supports museum exhibits and programming. We are a repository for artifacts on America’s favorite subject – from Jesse James and Al Capone, to John Wayne Gacy’s Clown Suits and the OJ Simpson Chase Bronco, and also operate the Natalee Holloway Resource Center, and Crime Library. You can currently view much of our collection at Alcatraz East Crime Museum in Pigeon Forge, Tennessee. 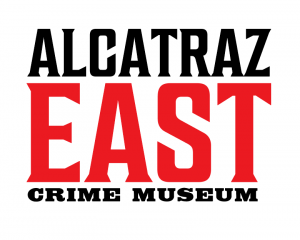 Alcatraz East Crime Museum opened in December 2016. Inspired by Alcatraz Penitentiary on the outside, the inside contains exhibits on Mobsters, Famous Lawman, infamous Serial Killers, CSI and our Justice System. Visit the Alcatraz East website for details. 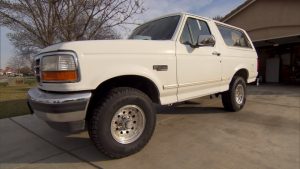 The White Ford Bronco that carried a OJ Simpson during the famous televised car chase is on display at Alcatraz East Crime Museum in Pigeon Forge. 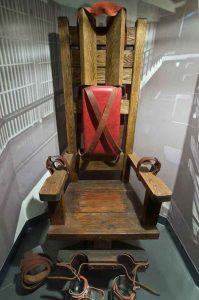 “Old Smokey” Tennessee’s Electric Chair
This electric chair was housed at the Tennessee State Penitentiary in Nashville and was responsible for 125 executions between 1916 and 1960. It was constructed by inmates using wood from the former state gallows and gained the nickname “Old Smokey” from the columns of black smoke that often emitted from the chair during executions. 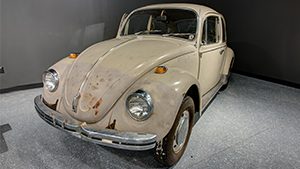 The Ted Bundy’s Volkswagen Bug is on display at Alcatraz East Crime Museum in Pigeon Forge.