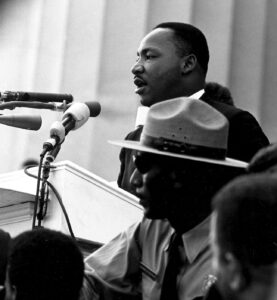 The Dr. Martin Luther King Jr Assassination was polarizing for the entire United States as Reverend Martin Luther King Jr. is remembered as one of the most powerful leaders of the civil rights movement. His vocation of peaceful protest and his ability of an orator further the goals of the movement through events like the Montgomery Bus Boycott and the March on Washington. Despite a more violence-oriented faction was developing within the movement, King’s influence still stood by the end of the 1960s.

In the beginning of 1968, a strike of African American sanitation works was incited in Memphis due to unfair compensation. In April, King arrived in Memphis, his plane delayed due to a bomb threat. This incident, alongside the concept of his mortality, appeared in his “I’ve been to the Mountaintop” speech. Ironically, this would be his last speech.

The night after his speech, April 4th, King and several members of his entourage were preparing to have dinner with Memphis minister Billy Kyles at the Lorraine Motel, where they usually stayed when in Memphis. Just before 6 p.m., King, Kyles, and King’s good friend Ralph Abernathy stepped out onto the balcony outside room 306, which was King and Abernathy’s room. The rest of the group was waiting below with the car. Kyles began descending the stairs as Abernathy ran into the room to put on some cologne when the shot was heard.

The shot struck King in the right jaw before traveling through his neck and lodging into his shoulder blade. King was rushed to St. Joseph’s Hospital, but the shoulder wound was so detrimental that doctors didn’t want to risk performing surgery. The 39 year old leader was pronounced dead at 7:05 p.m. 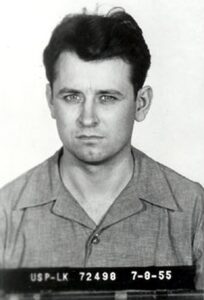 King was killed with a .30-06 bullet from a sniper rifle. Evidence began pointing to James Earl Ray, a racist petty criminal. Ray rented a room across from the Lorraine under the name John Willard. After firing the shot, Ray, as seen by several witnesses, ran to dispose of a package and then fled. The parcel included the gun and a pair of binoculars, both with Ray’s fingerprints on it. Ray eluded capture for the next two months; law enforcement finally caught up with him at Heathrow Airport trying to escape to Africa on a fake passport. He was extradited back to Tennessee and indicted for killing King; he confessed to the murder on March 10th, 1969, only to recant said confession on the 13th. Despite this and his multiple other theories to the crime present at trial, Ray was convicted and sentenced to 99 years in prison, later to be extended to 100 after a prison escape attempt. Ray died on April 23, 1998.

Automatically, due to King’s controversial status, many believed Ray’s later claims of innocence, including King’s own family. Many insist that the government, more specifically the FBI and CIA, are responsible, and many others also believe that King’s own supporters were involved. No other allegations have been proven however, although many documents still remain classified to the public regarding the assassination. These documents, unless further legislative action is taken, as it was with JFK’s assassination, will be released in 2027.