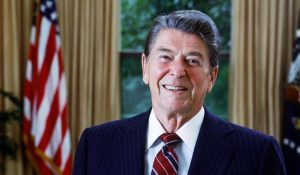 On Monday, March 30, 1981 President Ronald Reagan was delivering a speech at the Washington Hilton Hotel. Reagan was Addressing AFL–CIO representatives during a lunch. The Washington Hilton Hotel was preferred among members of the Secret Service because it had a secure enclosed walkway designed for Presidential use. It was a feature that was specifically designed during the construction of the hotel as a response to the Kennedy assassination. During most speech events the President and Secret Service members would wear bulletproof vests. Unfortunately, this precaution was thought to be unnecessary because the walk between the Presidential Limo and the Hotel was only about 30 ft. 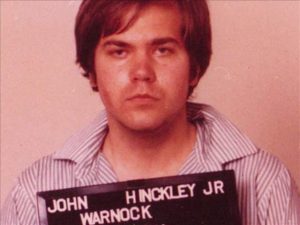 When President Reagan left his speaking event he exited out of the Washington Hilton Hotel through the Presidential Walkway. Reagan was faced with a crowd of admirers as he and his Secret Service members headed for his limousine. In the crowd was a John Hinckley Jr. who was determined to kill President Reagan to impress famous actress Jodie Foster. Hinckley drew his .22 caliber revolver as soon as Reagan passed him and fired all six shots. None of the six shots directly hit the President. The first bullet hit White House Press Secretary James Brady in the head. The second shot hit a police officer who was trying to protect the President. The Third shot completely missed. The fourth bullet hit a Secret service agent in the abdomen. The fifth bullet hit the bullet resistant glass of the limousine. The sixth bullet hit the side of Reagan’s limousine which ricocheted and struck Ronald Reagan in the left underarm. The bullet hit his lung and was about one inch from hitting his heart.

After the shooting Reagan was rushed to the hospital in his limousine. He was operated on to remove the bullet from his body, during this whole process he lost almost half his blood volume. The surgery was successful and President Reagan was able to resume office within a month’s time.

John Hinckley Jr. was found not guilty for reason of insanity and was placed in St. Elizabeths Hospital. Hinckley being placed in a mental hospital rather than a prison caused the public to be outraged. After His trial Hinckley described the shooting of the President to be the greatest act of love that he could’ve possibly provided to Jodie Foster. He remained institutionalized until September 2016. A judge ruled that he was no longer a danger to others or himself, and Hinckley was released with many stipulations and has to reside with his mother.