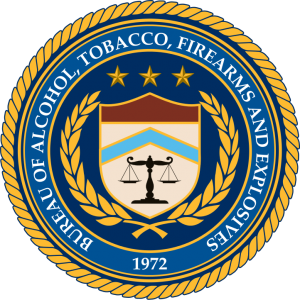 The Bureau of Alcohol, Tobacco, Firearms, and Explosives (ATF) is an agency of the United States Department of Justice. The ATF works to ensure public safety from crime associated with alcohol, tobacco, firearms, and explosives.

The ATF most commonly works to prevent and investigate cases of illegal use and trafficking of firearms and explosives, the illegal distribution of alcohol and tobacco, arson, bombing, and terrorism. The ATF works closely with state and local law enforcement offices. In addition, the ATF runs a fire research laboratory in Beltsville, Maryland, where arson cases are investigated and tested.