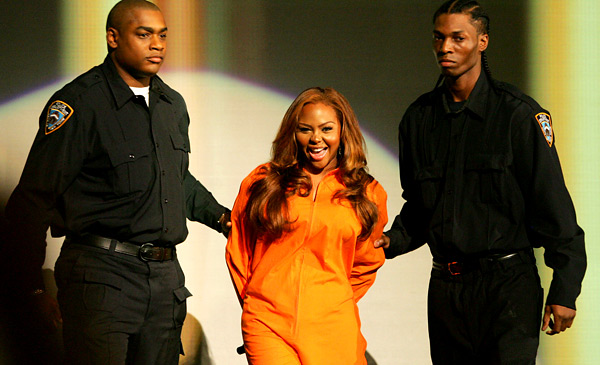 Lil Kim, born Kimberly Jones, a Grammy-winning rapper, has been imprisoned once. In 2006, she received a prison sentence of one year and one day (along with a hefty fine of $50,000).

She was convicted of three counts of perjuring herself and one count of conspiracy of perjury regarding a shootout in 2001. The shootout had been between Lil Kim and friends and a rival rap group over insults penned into lyrics. Reportedly, Lil Kim was trying to protect friends from prison time. Her famous persona saved her, though – she could have served as much as twenty years, but barely received over one.

Upon sentencing, Lil Kim said, “I can tell you this is by far the toughest thing I have ever had to go through. I testified falsely during the grand jury and in trial. At the time, I thought it was the right thing to do, but now I know I was wrong.” 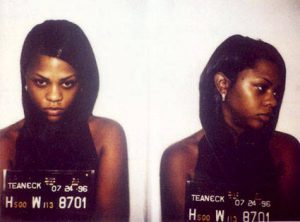 The judge in Lil Kim’s case had difficulty sentencing her after Martha Stewart had recently been handed a very lenient prison sentence for a similar, though less serious offense. In the end, the judge decided on leniency towards Lil Kim as well, giving her a short sentence, despite the severity of the crime. Lil Kim was released in 2006 and continued her artistic and musical career.