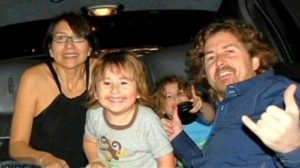 On February 4, 2010, Summer McStay, her husband Joseph, and their young sons Gianni and Joseph Jr. disappeared from San Diego, California. The McStay family of four was living a happy life, and had recently moved to a new house, which they were renovating and turning into their dream home. Joseph had a newly successful business designing and installing water fountains. This gave him a flexible schedule and the ability to work from home, so he could spend more time with his family.

On February 9, when family and business partners hadn’t heard from Joseph in five days, they sent a co-worker to the house to see if the family’s beloved dogs were there. When the partner arrived at the home, he found both dogs outside, with food in their bowls, which led them to believe that the family had gone out of town and had somebody caring for the dogs.

On February 13, when the family hadn’t been heard from in nine days, Joseph’s brother went to the house. He found no signs of a break-in, except for a partially open window, which he used to get into the house. Inside, he found a relatively normal scene. The family had moved into the house three months earlier, and was in the process of unpacking and doing renovations. Joseph’s brother found no sign of the family, so he left a note for the person feeding the dogs and asked them to call him, as he was concerned about his family. Later that night, he received a phone call from animal control, which was planning to take the dogs because they had been left outside without food for over a week. As it turned out, someone from animal control had stopped by and fed the dogs, so Summer and Joseph had not arranged for someone to feed them. This information was alarming enough for Joseph’s brother to call the police and report the family missing, as it was uncharacteristic of them to leave the dogs without food.

On February 15, eleven days after the family was last heard from, the police searched the McStay family home. What looked normal to Joseph’s brother but was alarming to investigators. Because of the lack of furniture and the state of the home amidst renovations, it was difficult to determine whether or not there had been a struggle. However, there was raw food left out, which seemed to indicate the family left in a hurry or had the intention to come back soon after. There were no signs of foul play or any forced entry. There was no evidence to determine where the family went or why they had left.

Earlier in the week before the family disappeared, Summer had made plans to visit her sister, who had recently had a baby. Additionally, a family friend was helping paint the house, and left with the intention of returning on Saturday, February 6, to finish the job. The family did not appear to have any plans to be gone that day. On Thursday, February 4, the last day that the McStay family was heard from, Joseph attended regular work meetings. Cell phone records indicate that he drove home after the meeting, and he continued to make calls into the evening.

Investigators made a break in the investigation when a neighbor’s security camera caught the McStays’ car leaving their home on the evening of February 4. The car never returned to the home. Investigators also discovered that the same car had been towed on February 8 for a parking violation near the Mexican border. Investigators immediately seized the car and searched it for evidence. Inside, they found a relatively normal scene: there were a number of new toys, the children’s car seats were in their positions, and the front seats were adjusted to Summer and Joseph’s relative sizes. There were no signs of foul play, but the fact that they had left the car and toys four days after leaving home, so close to the Mexican border was bizarre. In addition, security cameras for the parking lot from which the car was towed confirmed that the car had not arrived there until the afternoon of February 8, so there was four days of which the family was unaccounted for.

Investigators discovered that neither of the family’s cars had traveled to Mexico in years, so they believed that the family had not driven into Mexico during the unaccounted for four days. The family and friends of the McStays did not expect them to be at the Mexican border. Summer had stated that she felt that Mexico was too unsafe and that she would never go willingly. 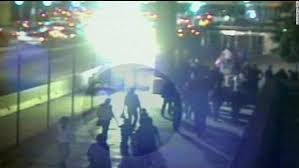 However, a new discovery on border surveillance video changed the course of the investigation. Investigators found four people who resembled the McStays walking across the border at approximately 7:00 p.m. on February 8, less than two hours after parking the car in the nearby parking lot. The video shows a male adult and a child walking in front of a female adult with another child. The sizes of the people appear to match the McStay family. When family members were called in to help identify the people on the video, they had mixed reactions. They recognized that the children and Summer were the people in the video, but Joseph’s mother believed that if the man in the video were Joseph, his hair would have been much bushier. Otherwise, the family looked identical to the McStays. They were dressed similarly to the McStays, and the children were wearing hats similar to ones they had been photographed in. But several family members did not believe that the man in the video was Joseph. Investigators believed that the family pictured is likely the McStays, based on analysis of family photos and home videos.

Investigators believed that the family was willingly walking across the border, with no indication that they were in any distress. Investigators searched for passport records of the family, and discovered that Joseph had a valid passport that had not been used before or after the disappearance. Summer’s passport was expired and investigators could not find any records that she had applied for a new one. In addition, neither of the children had passports. Investigators found one of the birth certificates left behind in the home. It would have been impossible for the McStays to travel into Mexico with insufficient documents. In addition, investigators also discovered that Summer had changed her name multiple times throughout her life. Though simply changing her name is not an indication of anything sinister, it did stir up a number of theories that Summer was responsible for the disappearance. None of these theories have been confirmed. Though it is possible that Summer was using a different name, there are no records of passports under any of her other names. The entire case left investigators and loved ones completely puzzled.

In April 2013, the San Diego Sheriff’s Department turned the case over to the FBI, which was more equipped to investigate cases that involve other countries. 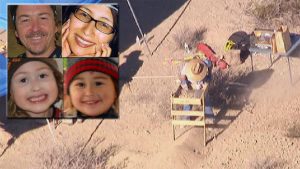 On November 11, 2013, the remains of two adults and two children were recovered in the California desert. Two days later, the remains were identified as the McStay family. The deaths have been ruled a homicide.

On November 5, 2014, Chase Merritt, a business associate of McStay was arrested and charged with four counts of murder, after his DNA was discovered inside the McStay vehicle. Prosecutors claim that the McStays were murdered by Merritt for financial gain. 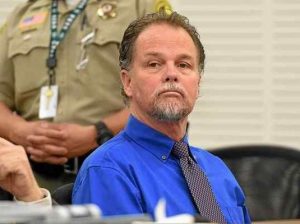 Merritt is documented as writing checks totaling $21,000 on McStay’s business account, after McStay went missing. Merritt used the money to fuel his gambling addiction at nearby casinos, in which he lost thousands of dollars. Merritt’s trial has been delayed multiple times due to Merritt attempting to represent himself and repeatedly firing his attorneys, he has gone through five between November 2013 to February 2016. In 2018, the trial was postponed again so that his current defense attorney could do more investigating, Merritt remained jailed without bail. Merritt’s trial finally began on January 7, 2019 and on June 10, 2019, a San Bernardino County jury found Merritt guilty of murdering the McStay family. He could face the death penalty as a result.