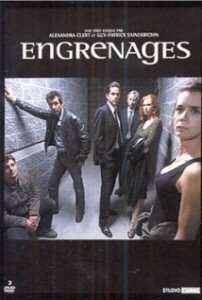 Spiral is a French television show (“Engrenages”) that began running in 2005, and was created by Alexandra Clert and Guy-Patrick Sainderichin. The show has had four nonconsecutive seasons, airing in 2005/2006, 2008, 2010, and 2012. The show received one International Emmy Nomination for a Drama Series in 2011.

Spiral is notable for its international success, despite being a French-language program. It was picked up by the BBC and was a modest hit in Europe. The series stars Caroline Proust as Laure Berthaud, Gregory Fitoussi as Pierre Clement, and Audrey Fleurot as Josephine Karlsson. It follows the stories of criminal investigation and crime scene investigations in France, as well as detailing the stories of subplots involving its main cast.