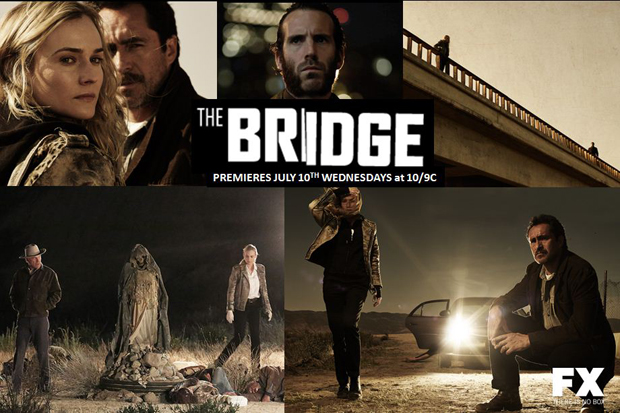 The Bridge was a crime show that aired on FX from 2013 to 2014. It was inspired by a Scandinavian show of the same title and a similar concept.

The series stars Demian Bichir as Marco Ruiz and Diane Kruger as Sonya Cross. The “bridge” in the title refers to bridging the gap between Texas and Mexico in crime-solving. The story is set on the US-Mexico border; a body is found on the bridge – again a reference to the title – between the United States and Mexico.

It becomes clear that there is a serial killer who operates on both sides, forcing police forces from the US to collaborate with those from Mexico. This is where Cross and Ruiz come in. Ruiz is an inventive and cunning officer, one of the few uncorrupted officers remaining in Mexico; Cross is a strict rule-follower with Asperger’s who doesn’t like Ruiz’s methods.

The show won seven awards and received three other nominations.