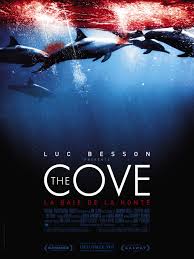 Released in 2009, The Cove is a documentary that attempts to expose harmful dolphin hunting practices that occur in Japan. Directed by Louie Psihoyos, a former National Geographic photographer, starring Ric O’Barry, a former dolphin trainer on a quest to document the dolphin hunting, and distributed by Lionsgate. The film aims to educate the public, call them to action to aid a halt of mass dolphin killings, change Japanese fishing practices, and be aware of the risks of mercury poisoning that stem from eating dolphin meat.

According to the film, over 23,000 dolphins and porpoises are killed by the Japanese whaling industry every year, which herds the dolphins into a cove (where the name of the film comes from) and proceeds to net and kill the dolphins by means of spears and other weapons.

Due to The Cove’s sensitive subject matter, it has attracted a great deal of attention and, along with it, controversy. Part of the controversy stems from how the filmmakers achieved their footage, as they secretly filmed during 2007 using underwater microphones and cameras disguised as rocks.

Despite the controversy surrounding the documentary, it has been met with a very positive reception from critics and the American public. The documentary received the U.S. Audience Award in 2009 at the 25th annual Sundance Film Festival. Overall, The Cove received over 25 film awards and several other nominations. A few of these include: “Best Documentary” from the Environmental Media Awards, the “Golden Tomato Award” from the website www.rottentomatoes.com, and the Academy Award for Best Documentary Feature at the 82nd Annual Academy Awards.