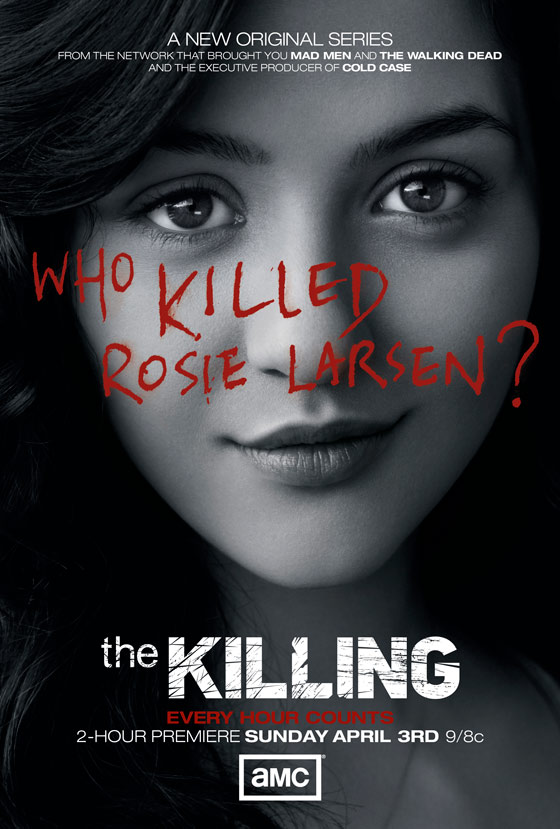 One day, seventeen-year-old Rosie Larsen (Katie Findlay) is reported missing. Meanwhile, Det. Sarah Linden (Mireille Enos) prepares to leave her job behind – she is going to live a quiet lifestyle with her fiancé and her son. However, when she and her replacement, Det. Stephen Holder (Joel Kinnaman) receive a call about Rosie Larsen, she springs into action. Rosie’s body is discovered soon after, in the trunk of a car at the bottom of a lake. The plot only thickens when it turns out that that car belongs to the man running for mayor, Darren Richmond (Billy Campbell).

The show received 39 nominations and had 3 wins.

The show was originally cancelled in 2012 after its second season, wherein the murder of Rosie Larsen was resolved, but afterwards, it was picked back up again. After the third season, it was cancelled again until Netflix decided to pick up the show for its fourth season, which would also be its final.