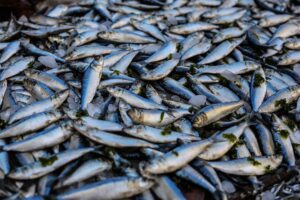 Fisheries worldwide support economies by providing jobs for hundreds of workers. In the legal fish trade, ocean reserves are maintained by careful regulation. However, some people fish outside of these guidelines. Illegal, unreported, and unregulated fishing occurs all over the globe, and threatens marine life.

Illegal fishing has been a problem for as long as fishing has been a profitable industry. However, as marine ecosystems decline, unregulated fishing is causing a greater impact than it previously did. When regulation committees are unaware of how much a species is actually being fished, they cannot make a fair judgment of how much of the species’ population remains. Without knowing how much of a population is left, regulatory agencies cannot properly protect species from extinction. When illegal fishermen flood the market with their unregulated catches, the price of fish decreases. With this new lower price, fishermen need to catch more fish in order to make a profit. This causes an economic decline of the legal fish trade and the worsening of ecological conditions for marine life.

Despite the economic damage, the most profound damage is felt by marine life. The over-fishing of cod in Newfoundland in 1992 caused the Canadian government to put an indefinite moratorium on cod fishing, leading to the collapse of the fishing industry in the region. However, these efforts have done little to bulk up the population because other species have moved into the cod’s ecological niche. Without intervention, the illegal fish trade will continue to cause severe, and sometimes irreparable, damage to fish populations around the world.