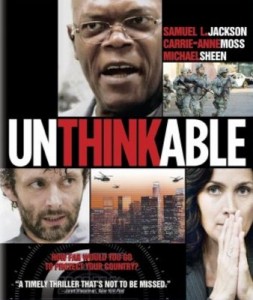 The United Nations 1984 Convention against Torture prohibits any acts of torture including cruel, inhuman and degrading treatment and is an international human rights law. As active members of the UN, the United States aims to abide by this rule even in the most extreme of circumstances. Article 1 of the Convention defines torture as, “Any act by which severe pain or suffering, whether physical or mental, is intentionally inflicted on a person for such purposes as obtaining from him or a third person, information or a confession, punishing him for an act he or a third person has committed or is suspected of having committed, or intimidating or coercing him or a third person, or for any reason based on discrimination of any kind, when such pain or suffering is inflicted by or at the instigation of or with the consent or acquiescence of a public official or other person acting in an official capacity. It does not include pain or suffering arising only from, inherent in or incidental to lawful sanctions.”

It is apparent any use of torture is illegal under international law; however, opposing viewpoints do exist. For example, Alan Dershowitz argues that there could be a dangerous enough scenario where the use of torture could be justified. The Ticking Time Bomb Scenario is an ethical debate in deciding if law enforcement should be authorized to torture suspects who are thought to have information about a bomb in a populated area. The decision of whether to torture one to save thousands is at the core of the debate. Dershowitz argues that the law enforcement agents should be able to apply for a “torture warrant” from a judge, if they are able to prove with probable cause that the suspect knows where the bomb is but is reluctant to disclose it, and that there is a life-threatening public danger. He or she would then be subjected to non-fatal but painful torture.

If governmental authorities would in fact allow the use of torture in this scenario then the question becomes: is it better to have such torture practiced under the table or fully visible to the public as part of our legal system? As no progress has been made on this debate, it remains unanswered and a purely hypothetical theory.