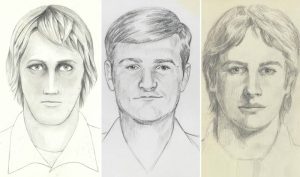 Visalia Ransacker
In 1974 Visalia, a small town about halfway between Sacramento and Los Angeles, was the epicenter of a series of more than 100 burglaries. The burglar would rummage through the homeowners’ belongings taking mostly low-value items, coins, and women’s undergarments. In September of 1975, a man strongly believed to be the Ransacker broke into the home of Claude Snelling in an attempt to kidnap Snelling’s daughter. The intruder shot Snelling twice and escaped as Snelling died from his injuries. There was another attempted break-in and shooting in December of that year, but the Ransacker evaded police once again. After the December attack, the burglaries stopped in Visalia.

East Area Rapist
In June 1976, the East Sacramento Area became the hunting grounds of a serial rapist. The perpetrator began by stalking women in the area and peeping through their windows. He escalated to rape on June 18, 1976, when he broke into the home of a single woman in Rancho Cordova and raped her at knifepoint. He committed at least 49 more rapes in the East Sacramento Area and surrounding cities, the last known rape being on June 11, 1979, in Danville, just outside San Francisco. In 1978, the East Area Rapist murdered Katie and Brian Maggiore while they were walking their dog in Rancho Cordova. 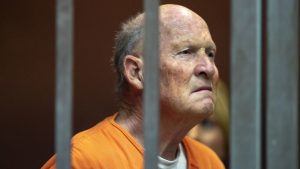 Joseph DeAngelo
After the murder of Janelle Cruz in 1986, no more crimes attributed to the East Area Rapist or the Original Night Stalker were committed. While it was believed the two crime sprees were related, but the cases were not officially connected until 2001, when DNA evidence proved that the East Area Rapist and the Original Night Stalker were the same person. After the 2001 connection, the case went quiet until 2016 when authorities announced a renewed effort to capture the elusive criminal. On April 24, 2018, Joseph James DeAngelo was arrested and charged with eight counts of first-degree murder in connection with the Original Night Stalker cases. It was also revealed that he was strongly suspected in relation to the Visalia Ransacker cases. In August, DeAngelo was charged with thirteen kidnapping/abduction attempts in connection to the East Area Rapist cases. He was not charged with any of the rapes, however, since the statute of limitations had passed.

Joseph DeAngelo was 72 at the time of his arrest. From 1973 to 1976, DeAngelo was a police officer in Exeter, a small town not far from Visalia. In 1976 he joined the police department in Auburn, which is about a 30-minute drive from Sacramento. He was fired from that job in 1979 when he was caught shoplifting dog repellent and a hammer from a local convenience store. He moved to Citrus Heights in 1980, where he lived until the time of his arrest.

DeAngelo was identified through the free DNA sharing site GEDmatch, where individuals can upload their DNA profiles from services like 23andMe and MyHeritage. In 2018, police uploaded a DNA sample from a 1978 crime connected to the Golden State Killer. The DNA reduced almost a million profiles to a single family, and with the help of other factors like approximate age and geographic proximity, the authorities were able to narrow in on a single suspect. After DeAngelo was identified on April 19, 2018, he was put under police surveillance. The police were able to gather DNA samples from the door handle of his car and a discarded tissue which they matched to DNA they had collected at crime scenes linked to the Golden State Killer.

The use of DNA databases to finally apprehend the Golden State Killer is very controversial. Familial DNA has been used by authorities all over the country to identify and capture suspects in heinous crimes, but some believe that the government being able to search through DNA databases for criminals is a breach of privacy. People who have never uploaded a DNA sample can be identified through distant family members, as was the case for DeAngelo. According to a study published in Science Magazine, approximately 60% of people of European descent and approximately 40% of people of Sub-Saharan African descent in America can be identified through the MyHeritage DNA database alone.