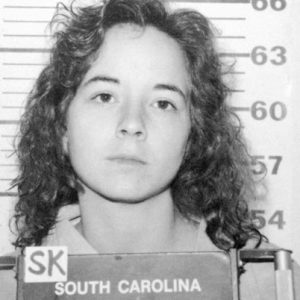 When Susan Smith’s story was first broadcast to the public she appeared to be a distraught mother desperate for the return of her two children. But the sympathy she gained quickly faded as the evidence began to show that she was responsible for her sons’ deaths.

Susan Leigh Vaughan was born on September 26, 1971 in Union, South Carolina. She had an unstable childhood. Her father killed himself and she was abused for years by her stepfather. As a result she began to suffer from depression and attempted to take her own life on more than one occasion. This followed her into several up and down relationships, including one she began with David Smith. The two eventually married once Susan became pregnant, but even after the birth of their two boys, their relationship remained rocky and there were indiscretions on both sides.

During one of their separations, Susan began having a relationship with Tom Findlay, who was known as one of the most eligible bachelors in Union. With Findlay, Susan finally believed she would be able to have some stability in her life but, she was mistaken. Findlay did not want the responsibility of a ready-made family; he also wasn’t convinced that their different backgrounds and Susan’s behavior towards other men were suitable for a committed relationship. He sent her a Dear John letter of sorts explaining all this in October of 1994, and Susan would later say that she had never felt so alone in her life.

On October 25, 1994, a crying Susan was found on the doorstep of a residence near John D. Lake, claiming she had been carjacked and that her sons, three year old Michael and 14 month old Alex, were kidnapped during the crime. For nine days, she and David pleaded with the press for the safe return of their sons, but, to many acquaintances and authorities, something seemed off.

Smith’s story was riddled with holes, and each time she was asked about the incident she changed her story. She took several polygraph tests which were all inconclusive. Many of her friends talked about how Susan kept asking if Findlay was coming to see her, which they found odd for a woman who should be distraught over her missing children.

Nine days of intense scrutiny and media attention prompted Susan to confess. On the night of October 25, she had driven down the road with her two sons in the backseat, feeling lonely and suicidal. She drove to John D. Lake and, originally planning to roll into the lake with the car, she abandoned her plans and got out and watched as the car, in neutral, rolled into the water. She was able to give authorities the location of the car, and scuba divers found it and the bodies of her two young sons. At her trial, her defense team claimed that Susan had dependent personality disorder and severe depression, claiming that her need for a stable relationship with Findlay overcame her moral judgment in committing this crime. She was convicted in July 1995 for the murders, although was not given the death penalty. Since her incarceration, two prison guards have been fired after admitting to sleeping with Susan, which resulted in her transfer multiple times through the prison system. She’s currently serving her sentence at Leath Correctional Institution in Greenwood, South Carolina and is eligible for parole in 2024.