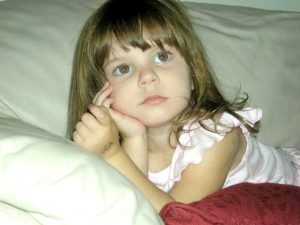 The trial against Casey Anthony for the murder of her daughter, Caylee Anthony, was the court case covered by all media outlets.

Facts:
On July 15, 2008, Cynthia Anthony, mother of Casey Anthony and grandmother of Caylee Anthony, called 911 to report Casey Anthony for stealing a vehicle and money. In another 911 call, Cynthia Anthony shared with the 911 operator that she learned from Casey of Caylee Anthony’s kidnapping. In addition, Cindy reports of that her daughter’s car “smells like there’s been dead body in the damn car.”

Casey Anthony reports that she last saw Caylee Anthony when dropping her off with the nanny on June 9, 2008. The name provided for the nanny was Zanaida Fernandez-Gonzalez. Casey led the investigators to the alleged apartment in which Zanaida was staying but discovered the apartment to be vacant since late February. Casey also reported that she was employed by Universal Studios. Upon investigation, it was discovered that Casey had last been employed by Universal Studios approximately two years before. 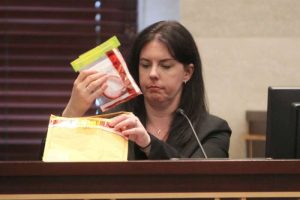 Decomposition detection: One disputed piece of evidence admitted in the Anthony trial was odor analysis of the air in the trunk of Casey Anthony’s vehicle. The reason for its dispute was due to the infancy of the odor-analysis technique and its lack of acceptance in the scientific community. The prosecution introduced odor analysis, a technique developed by Dr. Vass, to present evidence of decomposition in the trunk. In his findings, he compiled compounds for the Decompositional Odor Analysis Database. Dr. Vass found 41 compounds out of 424 compounds that are associated with decomposition in Casey Anthony’s trunk. He states that nearly all compounds found in early stages of decomposition were found in the air captured in Anthony’s trunk. Vass’s studies of odor analysis were primarily on bodies of burials in various depths of the soil. In the trunk of Casey Anthony’s vehicle, the absence of compounds found was not explained by Dr. Vass. A primary compound found in human decomposition and a significant marker in other peer reviewed articles, undecane, was not found in the trunk. The absence of this compound was not explained. Defense Attorney Baez introduced his expert witness, Dr. Furton, to interpret the report prepared by Dr. Vass and his expert opinion on volatile compounds (compounds that evaporate) found during human decomposition. Dr. Furton disputed that the findings should conclude evidence of decomposition. 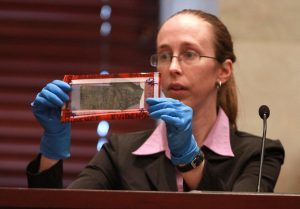 Stained Paper Towel: A stained paper towel found with large amount of fly pupa was sent for analysis. The cause of the stain was characteristic for adipocere profile, also known as grave wax. Adipocere is the breakdown of fat by water in an oxygen-deprived environment. This fact was disputed because the adipocere profile found on the stained paper towel originated from human fat when there are fatty acids, which can result in adipocere, also found in the garbage content of the trunk.

Insect Activity: Another piece of evidence introduced by the prosecution’s expert witness, Dr. Haskell, was the presence of insects, Megaselia scalaris, Diptera, and Phoridae, some of which thrive on dead bodies. Defense introduced their own expert witness, Dr. Huntington, who disputed the insect findings. Although these insects are associated with decaying matter, they are a common insect also associated with human garbage. Therefore, the actually presence of insects does not confirm presence of decomposition in the trunk. Analysis showed that the larvae, pupa, and adult insects found in the trash bags (discovered in the trunk) are common flies found on organic material including food and excrement. Dr. Huntington went further to explain that the gut contents of the maggots were not tested for DNA therefore there was not a definitive reason to state that the insects originated on human remains. Dr. Haskell also introduced in his report that the initial entry of insect activity would be on July 16, 2008. In Dr. Huntington’s calculations, he disputed that the entry of insect activity had to have occurred near July 2, 2008.

Cyber-Evidence: Via search warrant, Casey Anthony’s laptop was investigated. It was found that there were recent searches of “chloroform” and “self defense.” These facts were admitted into court and presented by the prosecution as proof to premeditation. Besides the history recovered in the laptop, placing Casey Anthony, or Cindy Anthony, performing the search was not proved. During direct and cross examination, Cindy Anthony claimed she was the one who searched those terms into the laptop, but time-stamps at her work proved the unlikeliness of that occurring.

Duct Tape: The prosecution stated the duct tape found partially attached to Caylee Anthony’s skull was used as a murder weapon. In an animation shown in court, the duct tape was superimposed on an image of Caylee Anthony to demonstrate that it would cover her mouth and nasal cavity leading to suffocation. 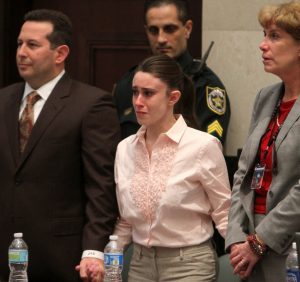 The defense countered saying that the mandible, or lower jaw, was found attached to the skull. In decomposed bodies, the lower jaw is often found detached from the skull because the connective tissue has decayed. Rather, according to Dr. Schultz, it was the hair, leaf litter, and root that kept the skull and mandible attached.

Verdict:
After 33 days of testimony, the jury found the defendant, Casey Anthony, not guilty for the charges of first-degree murder of Caylee Anthony, aggravated child abuse, and aggravated manslaughter of a child. She was found guilty for four counts of false information in a criminal investigation, check forgery. A civil suit for defamation against Casey Anthony was filed by Zenaida Fernandez-Gonzalez. The state also filed that Casey Anthony must pay for the costs of lying to law enforcement as well as the search for Caylee Anthony. This amount summed up to $217,000. This case ultimately led to the creation of Caylee’s Law in several states; making the failure to report a missing child, in some states, a felony.