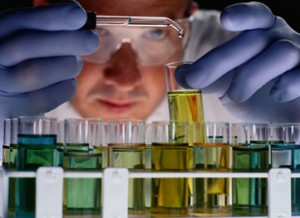 The field of forensic toxicology familiar to most people involves drug testing athletes or job applicants, or alcohol testing drivers suspected of driving under the influence. These tests are straightforward and designed to determine whether a person’s system contains a certain substance, and how much. They are based on known relationships between the test’s result and the amount of the substance used. For instance, breathalyzer tests are based on the idea that a certain amount of alcohol in a person’s breath coincides with a known amount of alcohol in their blood.

Postmortem toxicology is a related field in which examiners test samples taken from the deceased. While a medical examiner performing an autopsy has access to more samples (for instance, blood and liver samples may be taken from a car accident victim’s body and tested for alcohol), the interpretation of these samples may be more difficult.

A breathalyzer test only needs to show the intoxication level at the time of the test. A urine test for illegal drugs generally only needs to show whether the person used drugs, not how much. At an autopsy, however, the critical information may be the blood alcohol content (BAC) at the time of death, or the amount of a particular substance used, to determine whether the substance contributed to the death. Many of the processes that occur after death obstruct these determinations. For example, bacteria that multiply in a body after death may produce alcohol, skewing the results by increasing the apparent blood alcohol content.

An experienced toxicologist, however, understands these complications and can perform multiple tests to verify their results. The vitreous humor,the clear gel between the lens and retina, for instance, is a more reliable indicator than ante mortem BAC levels because its alcohol content will not change after death.

Postmortem toxicology is important in evaluating the cause of death, even if there isn’t enough of a drug in the deceased’s system to cause an overdose, because impairment due to drug or alcohol use can frequently contribute to the cause of death. The most obvious example of this is drunk driving, where intoxication may lead to a deadly collision, but other drugs may increase the danger of a situation as well.

Alcohol is the most thoroughly studied drug when it comes to impairment. Toxicologists can tell when a person was impaired by alcohol before death more easily than they can judge impairment by other substances. The presence of marijuana in urine, for example, indicates it was used in the past, but shows neither when it was used nor how it affected the user.

Since many kinds of substance abuse may lead to potentially dangerous impairment, and the effects on a user may be complicated if multiple interacting drugs were used, and since different users may be affected in different ways, examiners frequently need more information than simple the quantity of a given drug found in the system. Witnesses may be needed to judge the behavior and apparent impairment of the user before death.