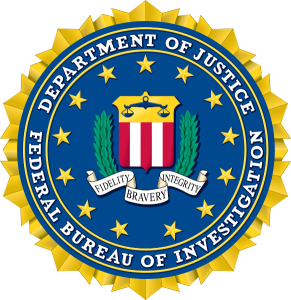 Every year, a variety of hate crimes take place in the United States. The Federal Bureau of Investigation (FBI) collects and presents data about these crimes. The data is then sorted, including a list of incidents and offenses, details about the people who have been victimized by hate crime, and information about those who have committed these deeds.

In 2013, the FBI collected hate crime data from 1,826 separate law enforcement agencies as part of their Uniform Crime Reporting Program. They determined that there were 5,928 related crimes involving 6,933 offenses which were committed by 5,808 separate people. In total, these activities affected 7,230 victims, and, not surprisingly, the largest portion of hate crimes was motivated by racial hatred. The other factors that led to these hate crimes were religion, sexual orientation, ethnicity and nationality, gender identity, gender, and disability. Sexual orientation was the second highest motivator on the list, and accounted for 20.8% of the crimes.

Racial prejudices continue to be the most common motivation behind hate crimes at 48.5%. A further breakdown reveals that 66.4% of the 3,407 racially-motivate criminal offenses were against African Americans, while 21.4% were against Whites. All other groups, including mixed races, make up less than 5% each. 794 offenses on the list were found to be based on prejudices over the perceived national origin of individuals. 52.6% of these were directed towards Hispanics, and the remaining 47.4% were listed as all other ethnicities.

The third most common are offenses stemming from religious bias, accounting for 1,163 offenses. 59.2% of offences were against Jews. The next two most affected groups are Islam (14.2%) and other religions (11.6%). Religions that registered in at less than 10% each include Catholics, Protestants, multiple religion, and atheists/agnostics. Starting in January 2015, the FBI will begin collecting data on all religious groups recognized by the Pew Research Group.

There were 92 offenses against disabled people, with 69 offenses made against mentally disabled individuals and 23 on those with physical disabilities.

2013 is the first year that data has been collected on hate crimes motivated by gender and gender identity. There were 30 offenses motivated by gender, with all but five being committed against women. Additionally, there were 33 offenses based on gender identity. 25 were committed against transgender persons and 8 against gender non-conforming individuals.

The offenses committed are listed as crimes against a person or property. There were 2,424 property related incidents, and 4,430 offenses against other people. Of those, 43.5% were intimidation, 38.8% were simple assault, and 166% were aggravated assault. The remaining offenses included murder, rape, and other offense.