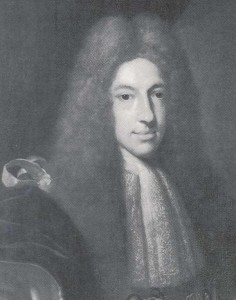 Samuel Bellamy was a pirate who died at the young age of 28. He was known as “Black Sam” because he did not use the popular powdered wig, preferring to tie back his long, black hair instead. Born around 1689, Bellamy became an avid sailor at a very young age, joining the Royal Navy and taking part in several battles. After travelling to Cape Cod, he found himself in an affair with Maria Hallett, and he soon after left in search of finance. While he wished at first to become a treasure hunter, this line of work yielded little reward for him and he soon resorted to piracy, joining captain Benjamin Hornigold and his first mate, Edward “Blackbeard” Teach.

In 1716, Hornigold was removed from captaincy by his crew, who then elected Bellamy as captain. Bellamy’s greatest feat as a pirate captain would come a year later with the capture of the Whydah Galley. Bellamy, known for his generosity, traded his current ship, Sultana, to the former captain of the Whydah as compensation for the loss of his ship.

A mere two months after the capture of the Whydah Galley, he split up with the other ship in his fleet, the Mary Anne under Palsgrave Williams’ command, agreeing to meet up again in Maine. Soon after, the Whydah was caught in a storm off the coast of what is now Massachusetts, sinking the ship and killing nearly the entire crew, including Bellamy.