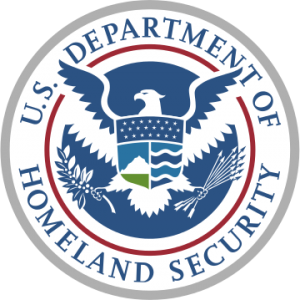 The Department of Homeland Security is the third largest cabinet department in the United States government. It was created by the Homeland Security Act of 2002 by the George W. Bush administration in the aftermath of the September 11th terrorist attacks. Its core function is to ensure that the nation is protected and prepared for acts of terrorism or other disasters; they attempt to do this by keeping tight reigns on our borders and regulating international transport in an effort to curb attacks.

At its formation, the Department of Homeland Security consolidated 22 other federal departments, fully or in part, under one. These include the Coast Guard, U.S. Customs and Boarder Protection, the U.S. Secret Service, and the Federal Emergency Management Agency (FEMA), which also helps in the distribution of responsibility of other smaller institutions within the department. Homeland Security provides job options in both the bureaucratic and field sections of these departments, allowing employees to pursue careers from behind a desk or one in the field.

Beside its security priorities, the Department of Homeland Security also concerns itself with its own development as an enterprise. One of the more notable pushes to do this occurred when Michael Chertoff became secretary in 2005. His Second Stage Review of the organization lead to the development of a six-point agenda to how to continually develop the agency, the overview of the plan focusing on strengthening all types of work that falls to Homeland Security. As the lines of departments and responsibilities constantly shift as a result of legislation or administration changes, these reviews have continued, further helping Homeland Security gain access to the resources it needs to effectively do its many functions.

Though the department is intended to defend the U.S. many think that it often oversteps its bounds. Despite the scandals and problems many people would rather be safe than take the risk of not having the department around.