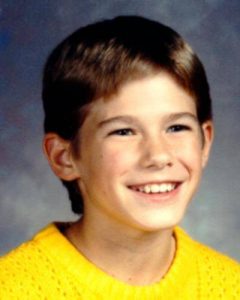 Jacob Wetterling, an 11-year old boy from St. Joseph, Minnesota, was abducted on October 22, 1989, while walking back from a neighborhood store with his brother and a friend. A masked gunman appeared and made the boys throw away their bikes. After asking the boys their ages and choosing which one he wanted to keep, the man ordered Jacob’s friend and brother to run and not look back, threatening to shoot them. Jacob’s fate was unknown for 27 years, until authorities were finally led to a set of remains identified as Jacob’s in September 2016.

The investigation stalled shortly after it began. The boys were unable to give a description of the killer’s face and the only evidence retrieved from the crime scene was a faint tire mark, which was matched to an unrelated vehicle. The police were then left with nothing but dead-end leads and looking at similar child sex crimes in the area for potential connections.

Decades later, authorities thought they finally found the man they were looking for. A 62-year-old man named Vernon Seitz died peacefully in his Milwaukee home, but thanks to a tip from a psychiatrist to whom Seitz had confidentially confessed about murdering two other boys in 1958, Seitz’s house and business were thoroughly searched after his death. Police found many disturbing materials, including child pornography, bondage devices, books on cannibalism, newspaper clippings about missing children, and, most importantly, a laminated poster of Jacob Wetterling. Jacob’s mother then confirmed that Seitz had come to visit her twice after Jacob’s abduction, claiming to be a psychic and wishing to talk to her about her son. However, forensic analysis of Seitz’s possessions found nothing to link him to the case.

Finally, in July 2015, police caught a break while searching the home of Daniel Heinrich for suspected child pornography. Articles about Jacob’s disappearance were found at the home and Heinrich’s DNA was matched to the case of another boy molested in nearby Cold Spring ten months prior to Jacob. He had even been interviewed in the initial investigation of Jacob’s kidnapping, but was ruled out as a likely suspect. After being charged with child pornography and named as a person of interest in the Wetterling case, Heinrich confessed to molesting and murdering Jacob and agreed to tell police the location of Jacob’s body in exchange for a plea deal. Police found and positively identified the remains on September 6, 2016, and declared the case closed. Heinrich was found guilty of child pornography and placed in a Massachusetts federal prison in January 2017 to begin his 20-year sentence. The Stearns County Sheriff’s Department announced their intention to release the entire 56,000-page Wetterling case file to the public, but Jacob’s parents filed a privacy lawsuit to halt the release and avoid exposing themselves to further publicity over this tragedy.

The Jacob Wetterling Resource Center (originally the Jacob Wetterling Foundation) was founded by Jacob’s parents in 1990 to educate the public on ways to prevent child abduction and molestation. The Jacob Wetterling Crimes Against Children and Sexually Violent Offender Registration Act was passed in 1994 and was the first to establish mandatory state sex offender registries. This act paved the way for the more famous Megan’s Law in 1996 and Adam Walsh Child Protection and Safety Act in 2006.