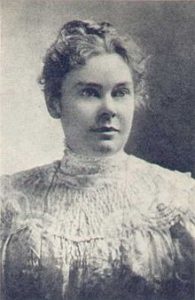 When on August 4th, 1892, the wealthy Andrew and Abby Borden were found dead in Fall River, Massachusetts, it was shocking. However, what was more shocking was what came afterwards. Lizzie Borden, daughter of Andrew and Abby, was arrested soon afterwards, creating a media frenzy; the Bordens had been slaughtered with an ax, and here was a young woman being arrested for killing them so gruesomely. In fact, the body of Andrew Borden was said to be completely unrecognizable.

The first body was discovered when Lizzie Borden called for the maid, yelling that someone had killed her father. Then, another discovery was made: Lizzie’s stepmother was upstairs.

Police at the time were unable to directly link Lizzie to the killings of her parents; however, they did have evidence that showed she had, only days earlier, tried to purchase poison.

Media argued over whether Lizzie could have been guilty. Some considered her too kind and good to even be considered as a suspect, and ran headlines attesting to that; others claimed that Lizzie’s stepmother could have catalyzed the murder because the two never got along.

Today, Lizzie Borden is famous for the nursery rhyme that details her crime. Although it is not completely accurate, it certainly recognizes the attention that her case received and the strangeness of the crime itself.

Lizzie Borden took an axe
And gave her father forty whacks.
When she saw what she had done,
She gave her mother forty-one.