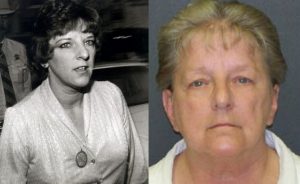 Genene Ann Jones, born July 13, 1950, is a female serial killer who worked as a pediatric nurse in Texas. She killed an unknown number of children (estimates suggest 46 at the highest) via poison. She is also known as an “angel of death” for her style of killing.

Jones would inject digoxin, heparin, and other drugs to create a medical situation in a patient. She had meant to revive them, but many children did not survive the damage inflicted initially by the poisons. Jones aroused suspicion in Kerrville, near San Antonio, when a doctor found a puncture in a bottle of newly-diluted succinylcholine. The final straw came, however, when Chelsea McClellan, a baby, died after a routine checkup and some shots. Right after Jones gave the baby shots, she stopped breathing and was rushed to the hospital.

Jones was sentenced during two trials – one was for murder of Chelsea McClellan and injury to others; the second trial regarded her time at a different hospital. In the first trial, on February 15, 1984, Jones was sentenced to 99 years. In the second, she received 60 years. She came up for parole, but was denied because of opposition from her victims’ families. However, she was set for release in 2018 because of prison overcrowding. On May 25, 2017 Jones was indicted for the murder of an 11 month old. These new charges mean she will be released and transferred to a jail pending prosecution on the new charges