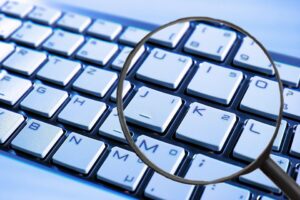 Phishing is a growing Internet crime that attacks computer users via email. Webopedia defines phishing as, “The act of sending an email to a user falsely claiming to be an established legitimate enterprise in an attempt to scam the user into surrendering private information that will be used for identity theft.” Before computers were invented, “phishing” scams still occurred over the phone in an attempt to do the same thing–trick people into providing their personal information. With advances in technology, phishing scams will now usually attempt to lead an Internet user to a website that–under the guise of being a legitimate organization–asks for, and then subsequently steals, an individual’s credit card and Social Security numbers, along with other private information.

The term “phishing” comes from the idea of fishing. These emails are sent to to thousands upon thousands of people as “bait”–like in actual fishing–that some people would be tempted to bite.

Some phishing scams that have been brought to light have received a great deal of attention, as they affect and trick a great deal of people. For example, in 2003, a vast number of eBay users were victim to a phishing scam that asked them to update their credit card information.

It is possible to recognize a phishing scam when it lands in your inbox in several ways. Be aware of bad spelling or grammar, suspicious links, or threats in your emails. It is also common for phishing scams to impersonate well-known, famous companies.