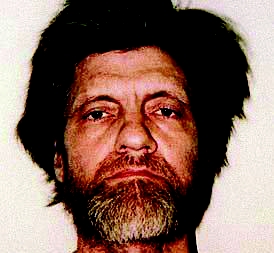 “You can’t eat your cake and have it too. To gain one thing you have to sacrifice another.” – Ted Kaczynski

This reversal of the famous saying was one of the phrases within the eco-anarchist manifesto anonymously submitted to newspapers across America by Ted Kaczynski, otherwise known as the Unabomber. FBI shorthand for “UNiversity and Airline BOMBER,” Kaczynski became known nationwide for a series of bombings between 1978 and 1995 that targeted scientific universities, airlines, and businesses for their role in the over-industrialization of society and destruction of nature.

With an I.Q. of 167, Kaczynski was a certified genius. He was born in Illinois in 1942, graduated high school and entered Harvard at age 15, completed his PhD in Mathematics at 25, and became the youngest professor to be hired by the University of California, Berkeley that same year. He was lauded by academics for his first rate mind and published several successful mathematical treatises, but teaching proved to be too much of a task for his awkward and reserved social nature. Kaczynski left his position to return home in 1969 and moved to his now famous cabin in the isolated wilderness of Lincoln, Montana just two years later. 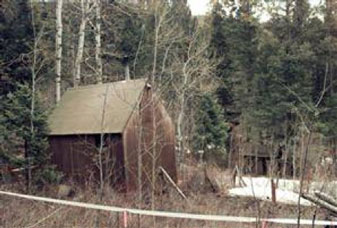 Kaczynski wanted to learn to be self-sufficient and live off the land in the barest, most natural conditions possible. His plan was going relatively well until, over the years, he began to notice the land around him increasingly destroyed by development and industrial growth. After seeing several of his favorite spots bulldozed or paved over, he started his first foray into ecoterrorism with small acts of defiance against the local developers. Given his extremely high intelligence, however, he quickly delved into the more serious philosophical and political parts of the movement. He soon came to the conclusion that the only way to stop the progression of technology and industrialization into our lives was by violent rebellion against the system. Simple activism would not be enough to make people understand the gravity of the threat, he argued; they must be forced out of their comfortable lives and into action.

Kaczynski delivered his first bomb in 1978. He taught himself how to make the explosives out of pieces of scrap material and wood that was untraceable. Construction was all done by hand, without the assistance of power tools and even making the simple tools he did need by hand. He cast certain metal parts (including aluminum) by melting metal scraps on the wood burning stove of his cabin, and any store-bought purchases were made far away from his cabin, often while in disguise.

The first bomb was sent to a professor at Northwestern University on May 25, who reported the suspicious package to authorities. The officer opened the package and detonated the device, but thanks to its inefficient materials only suffered minor wounds. Kaczynski continued to use the mail service or deliver his bombs directly. His case reached the FBI’s desk in 1979, when he placed a bomb in the cargo hold of a commercial airplane. Although the attack ultimately failed, it still fell under the Bureau’s jurisdiction. 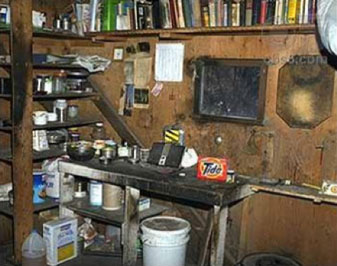 Kaczynksi continued his crusade and caused his first fatality in 1985, when a Sacramento computer store owner named John Hauser received a bomb containing makeshift shrapnel and died from his injuries. Kaczynski then took an unexpected break from his attacks, sending only one device between 1986 and 1993. After resuming again in 1993, he orchestrated two more bombings before claiming his second victim the following year. That recipient was Thomas Mosser, an executive at the Burson-Marsteller public relations firm that represented Exxon Valdez after their disastrous oil spill in 1989. In 1995 his final bomb claimed the life of his third victim, Gilbert Brent Murray, who worked for the California Forestry Association to lobby on behalf of the logging industry. During is destructive career, Kaczynski sent 16 bombs, killing three, and wounding 23 more.

In 1995, Kaczynski sent his manifesto, titled “Industrial Society and Its Future,” to the New York Times and Washington Post along with a letter demanding that it be published for the masses or else he would continue his crusade. In it, he railed against the consequences of the industrial revolution that have divorced humans from their natural environment and laid out his solution, calling for the inevitable revolution of the people against the technology taking over their lives and a return to primitive life. At this point, the FBI had to decide whether or not to appease their opponent. They did not want to risk boosting his ego by giving him a national stage for his cause, but were also in desperate need of new leads in the case. Thanks to Kaczynski’s ability to meticulously cover his tracks, including planting false evidence in the bombs to further mislead the authorities, the investigation had been going for 17 years and had become one of the most expensive cases in FBI history. So the manifesto was published on September 19 and with an appeal for tips.

Fortunately, this plan paid off when the manifesto was seen by Kaczynski’s brother and sister-in-law, David and Linda. David compared the treatise to previous letters and works by his brother and felt that the authors were one in the same. Knowing that the FBI was inundated with thousands of other tips, David hired a private investigator to gather evidence and compile a dossier that was turned over to the authorities in February of 1996. Although some investigators were not convinced that Kaczynski matched the profile of the suspect, completion of the linguistic analysis on the writing samples led a small group of other team members to believe that he was their man. The debate continued for two months until the suspect’s identity was leaked to the press, after which the team rushed to execute a search warrant before the story broke and alerted Kaczynski. When agents arrived at Kaczynski’s cabin on April 3, 1996, they found stacks of bomb-making materials, thousands of journal pages relating to the crimes, and a bomb that was fully assembled.

Kaczynski was indicted on 10 counts of bomb-related activity and 3 counts of murder. Although his lawyers urged him to plead insanity to avoid facing the death penalty, he refused to do so. He instead chose to plead guilty to all charges on January 22, 1998. He was sentenced to 8 life terms without parole and was sentenced to the super-maximum security prison facility in Florence, Colorado.