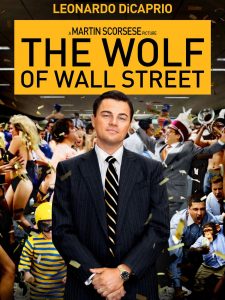 Three men have the nickname “The Wolf of Wall Street”; however, Martin Scorsese’s new movie “The Wolf of Wall Street” is based on the life of one “Wolf” in particular – Jordan Belfort. Throughout the 1980s, Jordan Belfort worked at several brokerage firms and once he saved enough money, he started his own firm on Long Island, New York – Stratton Oakmont. Belfort recruited several of his friends and his father to fill the high-level positions within the firm believing that he could trust and control them.

Oakmont Stratton soon adapted the usage of the classic, yet illegal, “pump and dump” trading scheme – where brokers inflate stock prices through false and misleading positive statements, and sell the cheaply purchased stock at a higher price. Once stocks had been purchased at the inflated price, Belfort and his brokers would “dump” their shares, the stock prices would collapse and the investors in turn lost their money. Word of the easy money-making scheme spread, which enticed young wannabe stockbrokers to apply for jobs at Stratton. The firm’s motto was, “Don’t hang up until the client buys or dies.” These young “Strattonites” began making money and soon created a “cult-like” partying corporate culture filled with drugs, prostitutes, and gambling, which Belfort was a huge part of.

Oakmont Stratton had huge success through the 1990s, enabling Jordan Belfort to finance the founding of two other brokerage firms: Monroe Parker Securities and Biltmore Securities. Founding these firms further increased his ability to control stock prices and earn huge profits. Oakmont Stratton was responsible for the initial public offering (IPO) of 35 companies, including Steve Madden Shoes. It was reported that Steve Madden Shoes earned Belfort $23 million in less than 3 minutes. By the age of 34, Belfort had earned a fortune, amounting to hundreds of millions of dollars. This wealth amplified his partying, globetrotting lifestyle and he developed an addiction to cocaine and Quaaludes. His drug-infused way of life contributed to the sinking of his yacht in the Mediterranean and crashing his helicopter.

Despite his drug use, the firm continued to grow and Belfort decided that it was in his best to interest to hide his illegal profits from the government by opening a Swiss bank account. Belfort’s friends and family members would strap money to their backs in order to smuggle the money from the U.S. into Switzerland.

The SEC became suspicious of the firm and investigated their trading practices. In 1994, after a lengthy investigation, Stratton Oakmont paid $2.5 million in the civil securities fraud case the SEC brought against them. The settlement also banned Belfort from running a firm and as a result he sold his share of Stratton. Belfort soon became aware that not only was the SEC investigating him, but the FBI was also investigating him under suspicion of money laundering. Belfort then realized that many people from his inner circle were working against him and giving information to the FBI. This chain of events further increased his drug use. Police were called to his house after he reportedly kicked his wife down the stairs and then drove the car through the garage with his children inside the vehicle. Belfort was arrested, spent a few weeks in rehab, and returned home; however, a few months later, the FBI arrested him for money laundering and securities fraud.

“In total, Stratton Oakmont bilked more than 1,500 individual investors out of $200 million. Jordan Belfort was eventually sentenced to four years in prison and ordered to pay a fine of $110.4 million. He ultimately chose to cooperate with authorities and inform on his colleagues. The prison term was reduced to just under two years.”