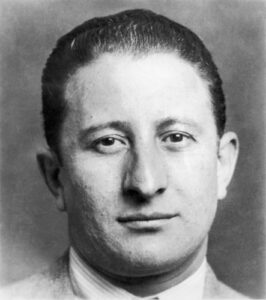 The Gambino Crime Family is one of the most recognizable criminal organizations in America. The family originated in the early 1900s under the leadership of Salvatore D’Aquila. They became one of New York’s “Five Families” and participated in “The Commission,” the governing board for organized crime families established by Charlie “Lucky” Luciano.

Salvatore D’Aquila was murdered in 1928 and control of the Family went to Frank Scalise. Scalise only stayed in power for three years, but the next crime boss, Vincent Mangano ruled for two decades and helped to better establish the family as one of the biggest criminal organizations in the world. By 1951, Albert Anastasia had taken control, and he was best known for overseeing an organization called Murder Incorporated, which performed hundreds of Mob-related assassinations. Anastasia was not only thought to be extremely dangerous, but many of his own people considered him to be insane. His crew plotted against him, and he was murdered in 1957.

The next head of the family was Carlo Gambino, one of the most successful crime bosses of all time. Gambino strengthened the family, increased their profit level immensely, and remained out of the public eye as much as possible. He managed to avoid being linked to any criminal activities and ran the family until 1976 without spending a single day in jail.

Gambino died in 1976 and left the family under the control of his brother-in-law, Paul Castellano. Although this angered Gambinos second-in-command, Aniello “Neil” Dellacroce, Castellano took over peacefully and kept Dellacroce in his esteemed position of authority. Many members of the organization were not happy with the way Castallano ran the family. They thought he acted too much like a business owner and not enough like a Don. Two weeks after the death of Dellacroce in 1985, Castellano was murdered following an order by one of his top people, John Gotti.

Gotti took over control of the Gambino Crime Family with his second-in-command, Salvatore “Sammy the Bull” Gravano. For years, Gotti managed to avoid criminal charges and successfully evaded a guilty verdict in three separate trials. This led to his nickname, “The Teflon Don”, because no prosecutor could make any charges stick.

Things changed for Gotti in the early 1990s. His Underboss, Gravano, was arrested and gave authorities details about Gottis criminal activities. Gotti was sentenced to life in prison, and his son John Gotti Jr. became heir to the family crime business.