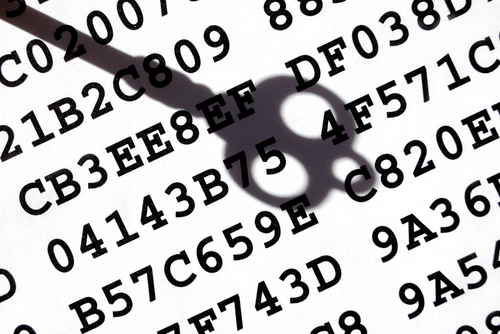 What is steganography? Steganography, which literally means “covered” or “concealed writing,” has been used throughout history for secret communications.  Steganography is the concealment of written messages that no one besides the sender and the intended recipient can read.  This is different from encryption where the message is altered into a non-readable form or a form that is only readable by a select few.  Steganography on the other hand does not alter the written message; instead it’s hidden from plain sight.

An example of steganography involves the early Greek practice of carving messages into wooden boards before coating them with wax to make a writing pad.  These messages under the wax would be hidden while a benign message would be written on top of the wax on the writing tablet.  Only those who knew to look for the hidden writing under the wax were privy to the message.   Other examples include tattooing a messenger’s shaven head and waiting for the heir to grow out before sending the messenger to the proper party, writing messages in Morse code on yarn which was knitted into clothing worn by messengers, writing in invisible ink between the lines on a benign message, and writing on the back of postage stamps

Steganography can be real or virtual. In virtual, or computer based steganography, the hidden messages usually appear as an image or sound file.  For example, the sender of a message can change every 100th pixel color of a photo to correspond with a letter in the alphabet of a predetermined chart.  The alteration would be so minimal that only those that look for it, and have the appropriate software to find it, know it is there.  The bigger the file the easier it is to hide extraneous data in it.

Some detection measures of steganography are the use of magnification devices, chemicals, and alternate light sources such as UV light.  Digital steganography is best detected by comparison of suspect files to known uncompromised originals, any differences that are detected between the two files would be considered the hidden message, which then still needs to be extracted.  Given concern for potential uses in communication amongst terrorist groups, new computer programs are being developed to make steganographic material easier to detect.

To read more on Steganography check-out this article.