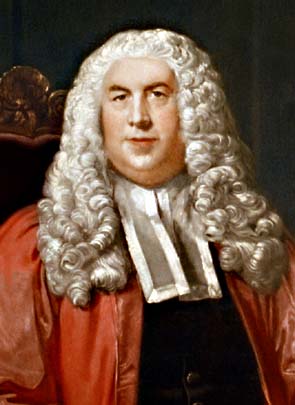 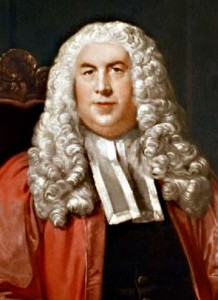 Murder? Sir William Blackstone, an 18th century English judge, is known for writing Commentaries on the Laws of England. This work was the original foundation for legal education in America and dominated the common law legal system for centuries. Blackstone broke the definition of murder down into five elements:

The law was designed to define the various degrees and circumstances of murder in order to provide and achieve justice for all. Even though Blackstone did his best to dissect and define murder, in today’s society, the definition is not so clear-cut. Murder is committed and discussed daily across the United States; however, the unique situations and circumstances of each murder can ignite chaos within courtrooms. In order to ensure that justice is achieved, it is not only important to examine the circumstances under which the murder was committed, but it is key to study the state of mind of the accused.

In the United States we typically classify murder in terms of degrees. The phrase “degrees of murder” refers to the intent or severity of a particular murder charge. The most common degrees of murder are first-degree and second- degree.

The degree in which a murder is classified is highly dependent on the state in which the case is set. Specific criteria for each degree of murder are established by statute in each state and by the United States Code in federal prosecutions. In both first-degree and second-degree murder, the result is the death of another person. The main differentiating factor in the two is determining the mental state of the perpetrator at the time of the killing.

First-degree
Although it varies from state to state, first- degree murder is generally a killing which is deliberate and premeditated. First-degree murder involves premeditated killing, such as lying in wait for someone with a gun. State laws include a list of felonies that qualify a homicide as first degree murder. Some of these felonies include: burglary, home-invasion robbery, kidnapping, and sexual battery.

A recent example of a first degree murder case is that of Jodi Arias, who was charged in the murder of Travis Alexander. The prosecution argued that Alexander’s murder was premeditated based on the fact that before arriving at Alexander’s house, Arias rented a car, dyed her hair, turned off her cell phone—apparently to make her harder to identify, her movements harder to track. Prosecutors believed her mission was murder. Alexander ended their relationship and started dating other women. Prosecutors argued that Arias became jealous and this jealousy led to Alexander’s murder. Arias admitted to killing Alexander. She shot him in the face, stabbed him more than 20 times, and slit his throat, claiming it was in self-defense. The jury, however, found her guilty of first-degree murder.

Second-degree
Second degree murder is defined as a non-premeditated or unplanned killing, resulting from an assault in which the death of the victim was a distinct possibility. Second-degree murder usually involves killing on the spur of the moment, or where the offender intends to inflict serious harm but also realizes it may cause death. Second degree murder may be caused by dangerous or reckless conduct and the offender’s obvious lack of concern for human life. 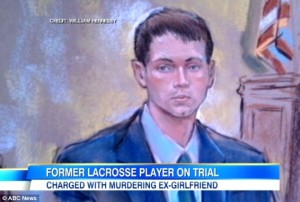 A recent example of a second-degree murder conviction is that of George Huguely V. Huguely was found guilty of second-degree murder and grand larceny involving the death of his on-again off-again girlfriend, Yeardley Love. Both Huguely and Love were college seniors who played on the nationally-ranked lacrosse teams at the University of Virginia. In 2010 Love was found dead face down on her bloody pillow by a roommate. Police answered a call of an alcohol overdose but after officers saw a hole punched in her bedroom door they treated Love’s bedroom as a crime scene. Huguely told interrogators that he went to Love’s apartment that night to talk to her. He said she freaked out and they wrestled on the floor. He said he tossed her in bed and left her apartment with her computer. The medical examiner ruled she died of blunt force trauma. Huguely’s defense attorney depicted his client as a stupid, drunk “boy athlete” who was incapable of murder, though he conceded that Huguely “contributed” to Love’s death.

In addition to first and second-degree murder, we often need to examine other crimes in which a life is taken, but the circumstances do not constitute murder. These are cases of voluntary and involuntary manslaughter.

Manslaughter
A murder charge may be reduced to manslaughter, usually based on four conditions that must be fulfilled to warrant the reduction: (1) the provocation must cause rage or fear in a reasonable person; (2) the defendant must have actually been provoked; (3) there should not be a time period between the provocation and the killing within which a reasonable person would cool off; and (4) the defendant should not have cooled off during that period.

Manslaughter is defined as the unjustifiable, inexcusable, and intentional killing of a human being without deliberation, premeditation, and malice. The essential distinction between murder and manslaughter is that malice aforethought must be present for murder, whereas it must be absent for manslaughter. Taking it one step further, there are two types of manslaughter- voluntary and involuntary.

Believe it or not, super glue is taking over latent fingerprint development, leaving fingerprint powders…

Citizens Medical Center, located in Victoria, TX, enacted a policy about a year ago banning…

You've seen them on TV crime dramas. A potential suspect is wired to a machine…