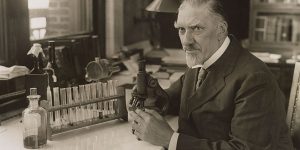 Charles Norris was born to a wealthy family in Philadelphia on December 4th, 1867. Instead of living a life of luxury, Norris decided to study medicine at Columbia University. He then traveled to Berlin and Vienna to further his medical studies, and upon returning to the U.S., Norris brought knowledge that would forever change criminal investigation.

Before Norris, Medical Examiners did not exist. City coroners handled dead bodies. No prerequisites were required to be a coroner; anyone could do it. Making money was the only motivation for coroners as they were paid per body. When more bodies were quickly processed, more money was made. Payment could also be made if one wanted to hide the truth of the real cause of death. In other cases, if the cause of death was not apparent, it ended up as just another cold case. No one took the time to do a death investigation into unexplained deaths, and science rarely played a role in law enforcement.

The Europeans, however, were developing a way to use scientific evidence in the criminal justice system. Norris had faith in this concept and joined alliances that wanted to rid the city of coroners when he returned to the U.S. These alliances wanted trained professionals investigating causes of death. In 1918, Norris managed to be appointed Chief Medical Examiner at Bellevue Hospital in New York City. His job was to investigate suspicious or violent deaths, and it was far from an easy job.

“Red Mike” Hylan, New York’s Mayor, wanted a Medical Examiner that would do favors for him. Norris was not that kind of man. He had the desire to create the “medical justice system” that was purely science-based, rather than continue with the system were social status mattered more than the truth in convictions and acquittals. To help with this, Norris asked Alexander Gettler to join his team and they created the first toxicology lab in the country. 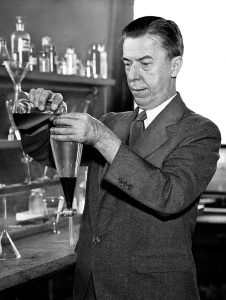 Norris and Gettler successively solved many cases related to toxicology, yet the public was having difficulty accepting change and the truth. The truth was dangerous compounds surrounded them as pharmaceutical companies were not required to disclose any information about their products nor did they have to test them and people were misusing products that had a deathly expense. Norris tried to raise the alarm that many deaths involved cyanide, arsenic, lead, carbon monoxide, denatured alcohol, radium, and thallium, but he was ridiculed by the public and three different mayors who did not support his department.

Norris did everything in his power to keep his office going. He even used his own money to fund the department when Hylan cut his funding. The second mayor, Jimmy Walker, did not help Norris with the budget issues, but he did not despise Norris as Hylan did. Mayor Fiorello LaGuardia, did not trust Norris, and even accused him and his staff of embezzling close to $200,000.00.

Norris was treated twice in Europe for exhaustion during his time as Chief Medical Examiner, but on September 11th, 1935, shortly after his return from the second trip, he died from heart failure.

When Norris’ and Gettler’s work began, police did not respect forensic science. Once the police and scientists finally began to see each other as partners rather than threats, they had success in solving previously unsolvable criminal cases. Charles Norris and Alexander Gettler revolutionized criminal investigation and their techniques and findings on chemicals that were once untraceable in the human body are still used by toxicologists to help solve mysterious deaths today.