Many of the forensic accomplishments that are seen on TV are just not possible with current technology, but could be sometime in the future. For example, we currently do not have the technology to definitively match an unknown fingerprint or bullet casing to one that is in a computer database of known criminals or crimes. The database will give us some possible matches but it is not able to actually find an undisputed match. A trained examiner is responsible for ultimately making the identification from the possible matches the database has produced. If a computer could actually get to that standard of analysis it could save the examiners a great deal of time. Of course legally an examiner would most likely still have to verify the computer’s work. 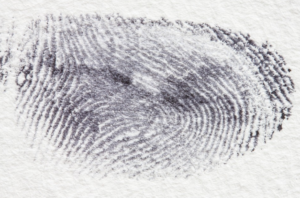 In the future there may also be new techniques and methods for dusting for and lifting fingerprints, such as what is being accomplished with gel lifters. The gel lifters have recently been introduced to forensics in the United States and are able to lift prints from surfaces that have historically been impossible to lift prints from. There may also be new chemicals or methods to detect if there is blood or even DNA at a crime scene. These possible advancements all depend on the research of scientists working today.

There are more and more people going to school to pursue a career in forensics. They range from the crime scene investigator to the forensic accountant. If you are interested in forensics but not all of the science that often accompanies it, try to see if there is a way to relate your particular area of study to crime solving. Forensic science is really any discipline that you can relate to the law, so even though being an accountant is not really a “science” it is part of forensics because it can be used to solve a case.