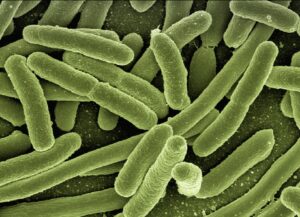 Is bacteria the new forensic tool? A new study out of Colorado shows that it may be possible to identify who touched an object by what bacterial colonies they left behind.   According to a “hand bacteria study”  of more than 4,700 different bacteria species  across 102 hand only 5 species were shared among the 51 participants.  This shows that different people carry around different composites of bacterial species.  The Colorado study showed that swabs from keyboards and computer mice that had not been used in over 12 hours revealed a bacterial array that could be matched back to a specific person 70-90 percent of the time. The technique works because only 13 percent of bacteria species found on a hand are shared by any two people, making a match rather unique. This new technique may be useful in linking a person to an object where there is no clear fingerprint evidence and can be used on  surfaces that are less than ideal for collecting fingerprints. Interestingly, women have a significantly greater diversity of bacteria on their hands than men.